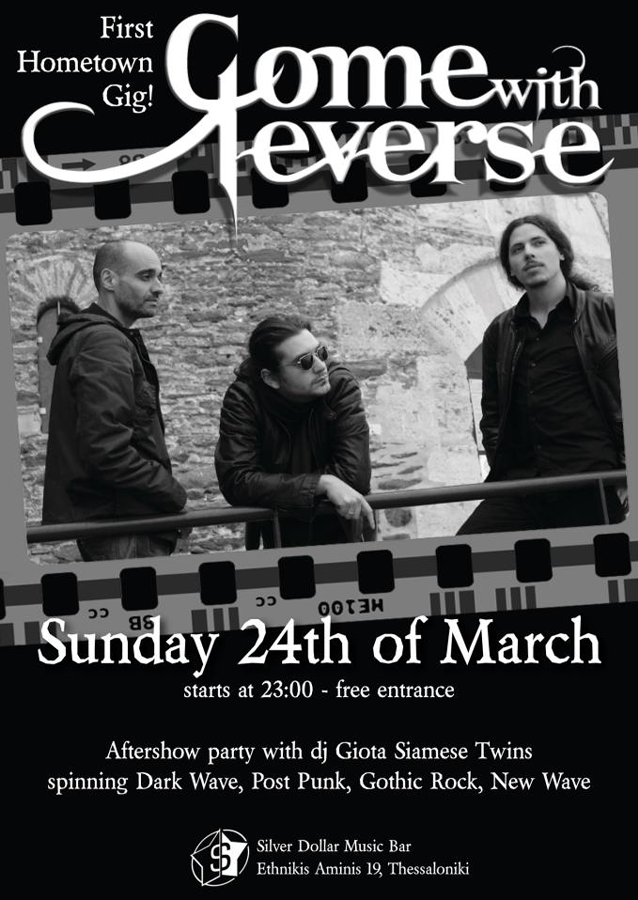 COME WITH REVERSE from Thessaloniki is one of the most promising new bands, having already airplay in alternative radio stations abroad and have gained already many followers in dark alternative & goth scene. After two exceptional concerts in Athens – the first supporting the well known British pagan Goth rockers INKUBBUS SUKKUBUS – and the recent, very successful appearance in Finland, in “THIS IS GOTHIC FEST”, they decided that time has come to present their music to the dark rock audience of their hometown.

Their sound cannot be easily categorized, it rests firmly in Goth Rock of the last two decades, while using elements from the world of dark electronica, trip hop and ethnic, always maintaining the special dark aesthetic and unique musicality that characterizes them. COME WITH REVERSE are known for their powerful and passionate live performances, which will be obvious to whoever will be in Silver Dollar Club, on Sunday, March 24.